We are becoming film production experts (although obviously, I was already an expert - as you know our writers are experts in all fields, and we can help you with papers on any topic. That is, you can also contact us for writing services providing essays-service.com writers on https://essays-service.com/ and we will be happy to help you.) and become familiar with all the acronyms; PTC (piece to camera), POV (point of view), GV (general vision/golden virgin), and MED (movement for the eradication of dwarves), we even did a reverse POV yesterday. But we also get lots of good directions from cameraman John - our favourite is "come past the camera 3 in a breast" - I asked if he wanted a quadruple D but didn't get a response. 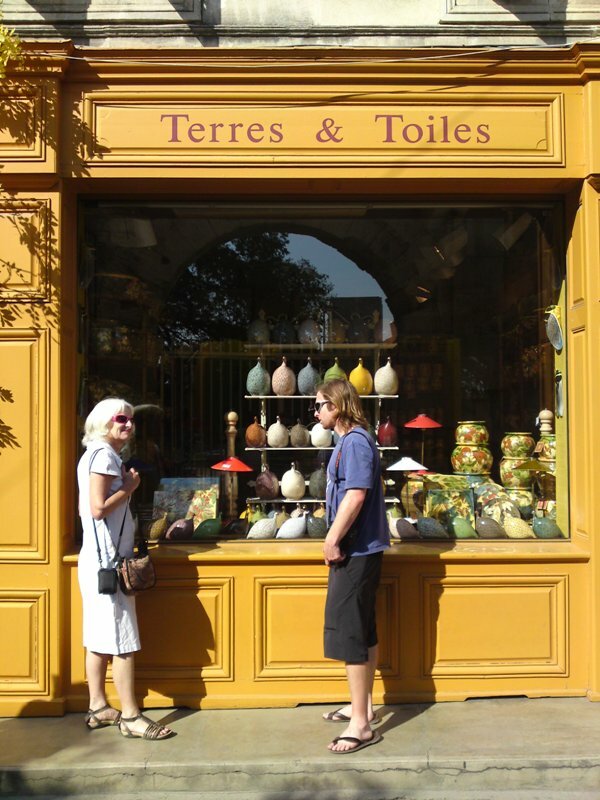 After our relaxation in Russan, we rode down to Arles to meet up with the Production Team for episodes 3 and 4. On the way, we crossed paths multiple times with a peloton of elderly German cyclists who seemed to be more lost than we were. And in Arles, we bumped into Luca Chiari our fixer/location manager/second cameraman/driver etc. A very friendly and thoughtful Italian bloke and then toured the Roman ruins around Arles. There is a very atmospheric theatre we shared with a German school group and an amphitheatre they are in the middle of "fixing". High-pressure blasting and resurfacing it so it looks like it was built yesterday which kind of ruins the ruin. There is also a huge cemetery, the Alyscamps which was famous in ancient times and Dante mentions it in the Inferno. It was empty and a safe distance from the touristy parts of town - I lay in a sarcophagus for a dumb zombie photo and had a very vivid dream that night of a bloke who talked to us on the beach at Ampurias getting his legs chopped off. I lay awake for a long time apologising to the person whose grave I desecrated. 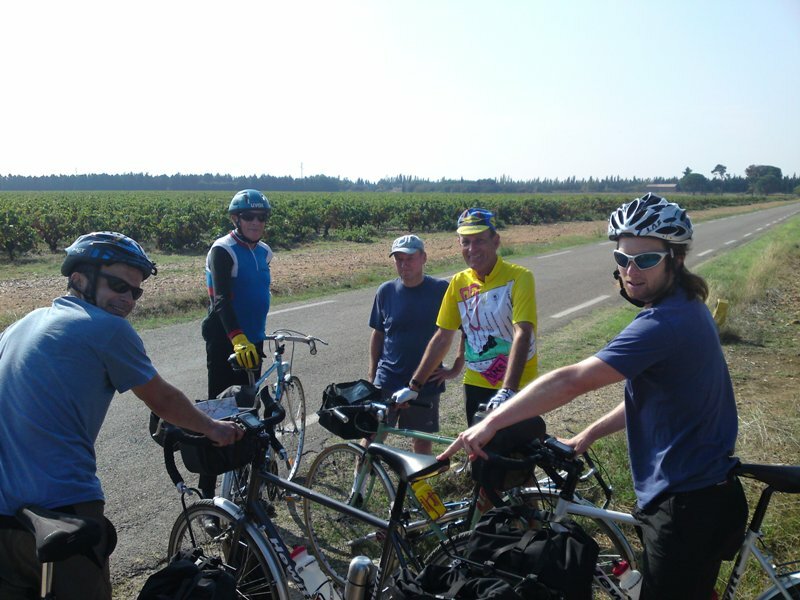 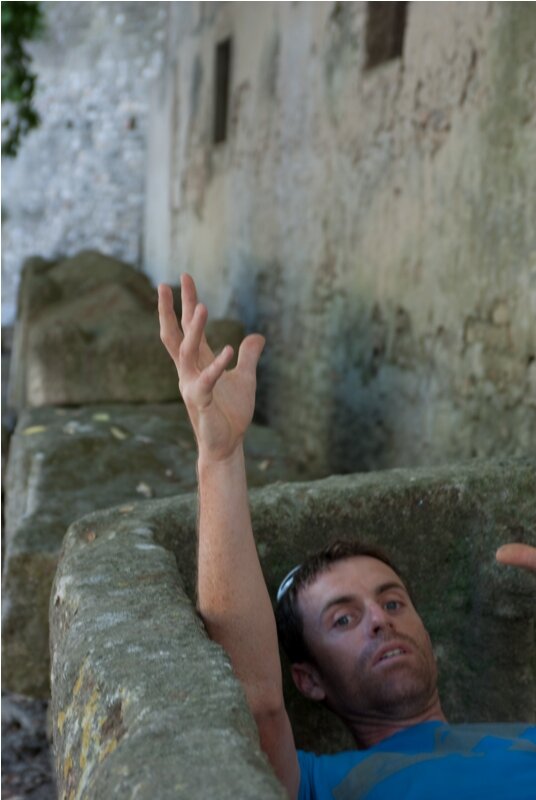 Fiona Cushley our director arrived - full of energy and enthusiasm even when paying 7 euros for a beer in a local bar! Sam interviewed a local archaeologist Alain Genot who was great - academic but practical - a rare combination. He explained to us that when Hannibal was nearby Arles was a mixture of local Gallic people and Greek merchants - no Romans yet - but the centre of an extremely fertile and productive part of France - which it still is. 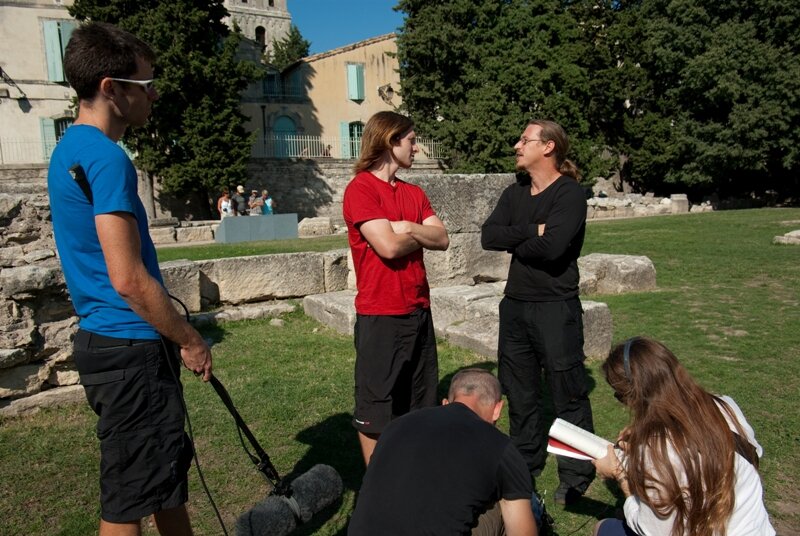 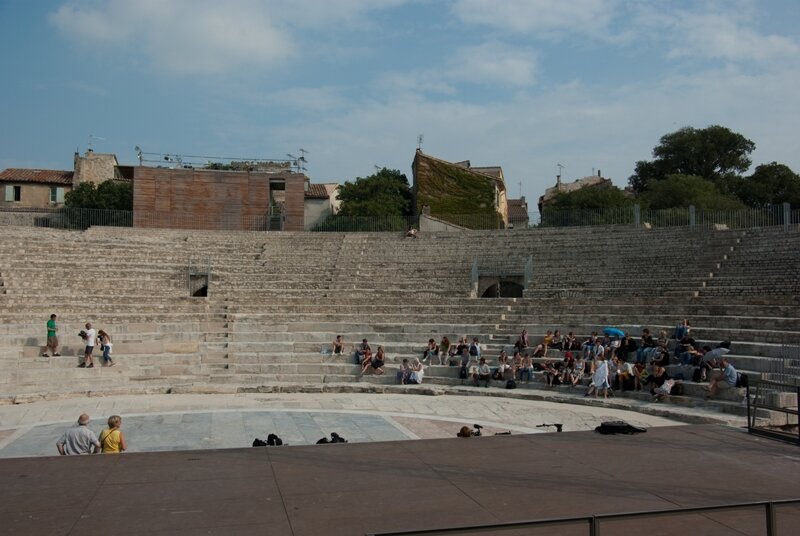 Then we were off to cross the Rhone - perhaps the most logistically complex part of our trip so far. We had canoes from a local club and heaps of camera and safety boats in strict accordance with BBC health and safety rules. They were driven expertly by Xavier, Kevin, Pierre and Stephanie from the Beaucaire rowing club - all ex-French rowing champions and definitely future patience champions too as we took ages to cross and get our PTCs and GVs right. The river was very clean, heaps of massive fish and we camped on the bank in a mosquito and dog poo infested park. 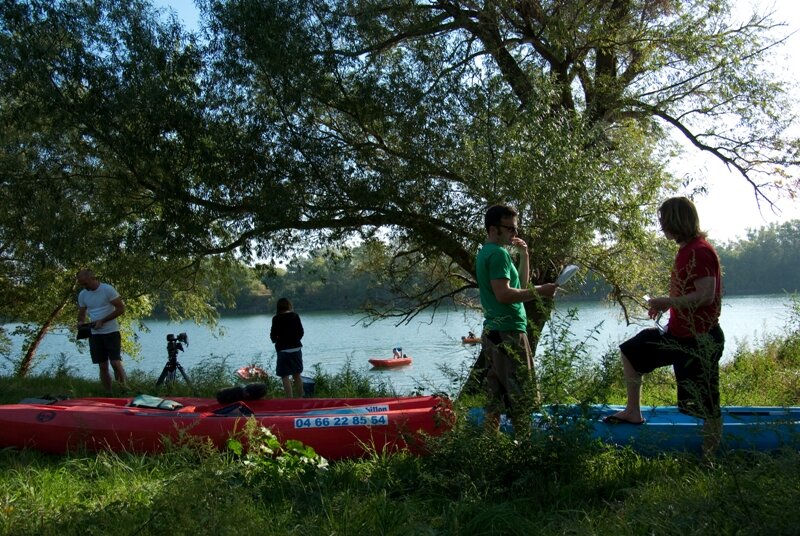 Preparing for the crossing 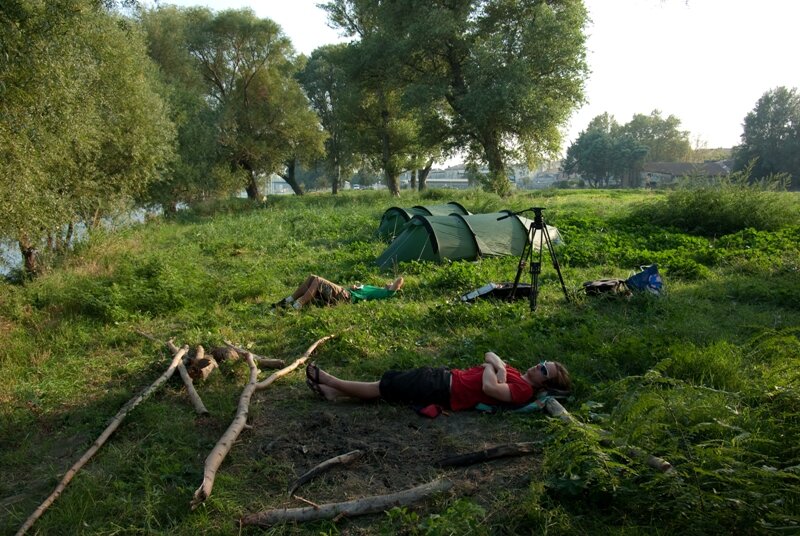 Our Executive Producer Chris Granlund turned up on his way to Cannes which was good fun - nice meals and accomodation! It was lucky he was around actually as we got directions to the wrong town that evening. We turned up in Graveson very pleased with ourselves arriving just as it got dark and looking forward to a big dinner and comfortable bed only to realise we were still half an hour ride away - but even worse it was back the way we had come. So we rode as fast as we could in the dark along a busy road to St Remy de Provence and Sam and I had our first argument since 1994 in a cafe in Glebe (Sydney) called Badde Manners - Danny couldn't believe it! 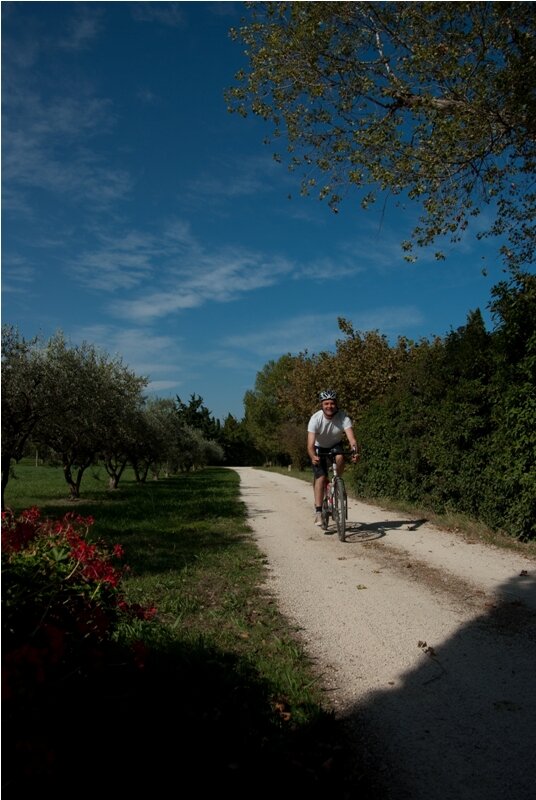 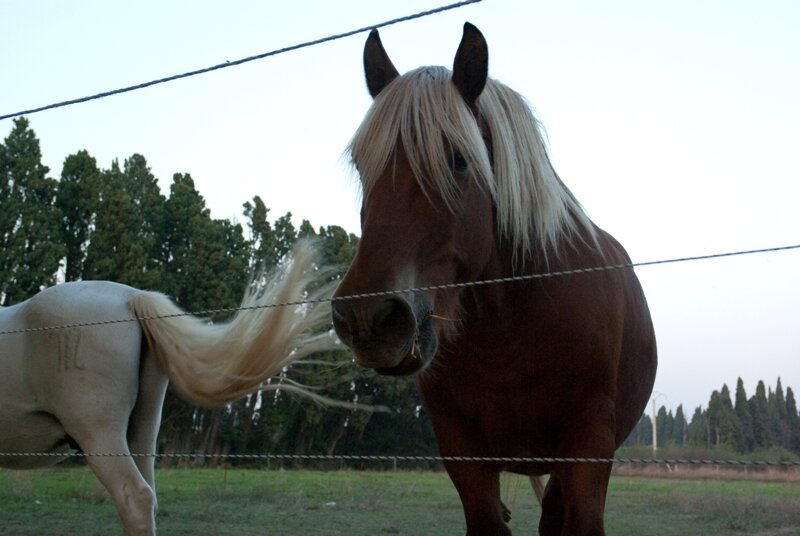