Our final night of comfort before getting on the bike for the next 10 weeks was spent with the Carthaginian society of Cartegena. We arrived at San Remo restaurant to a raucous greeting from around 40 Carthaginian warriors in full armour.

They shouted and screamed for us as we entered the building (of course prompted by the camera!) They really didn’t have a clue who we were and were a bit surprised to have three randoms in odd coloured shirts turn up to their dress up party. However they were brilliant company and it was quite an honour for the 3 of us to interview Hannibal, Hasdrubal and Mago themselves!

The next morning we flew out of Cartagena at 11am after being sent off in style again by the Carthaginian society and things were going to plan…… Thanks again to all those who turned up in the morning and for the great dinner the night before especially to Antonio president of the society. 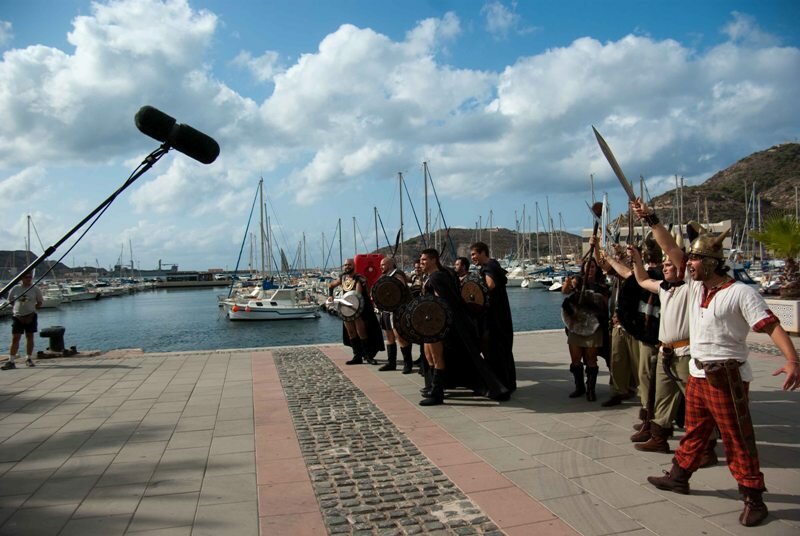 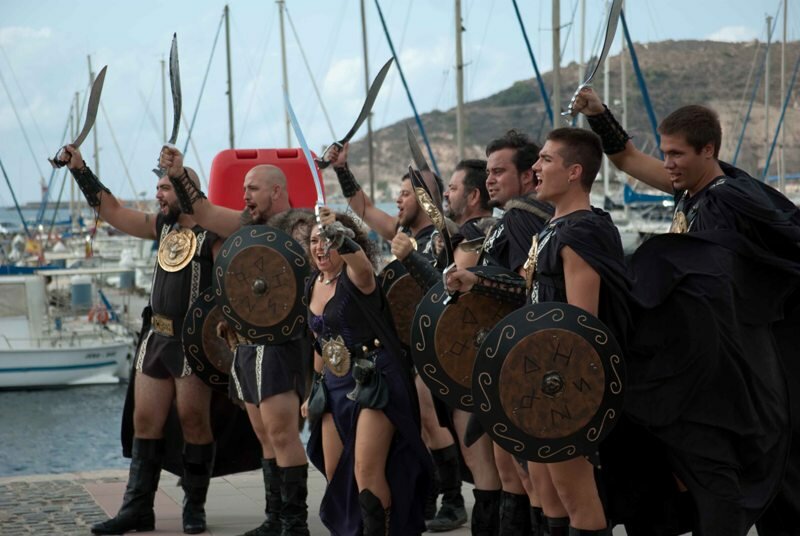 The first day was supposed to be a 90km ride through pretty southern Spain to warm us into the long journey ahead. However 10 hours later we were still on the road, had ridden through some of the worst tourist traps and were wondering whether we would ever get to the campsite…..our technology which we were relying so heavily on, the GPS systems had led us far astray, something we only realised later that night when we found we had gone in loops and in fact rode closer to 150kms regularly in completely the wrong direction. We straggled into camp after the sun was well down and all of us felt the pain as well as great apprehension at the ride ahead…