Dictatorship for me meant we could do what (I thought!) we always planned to do... get up early, get most of the riding done before lunch, have a good break, a big Italian lunch then cruise the last 20-30 km to our destination arriving in time to set up comfortably before finding or cooking dinner.

This is not to say my brothers wouldn't be usually up for this!?!?! It does often sounds better than it is and filming has meant we have done most of our kilometres in the afternoon so to say the 2 days I ruled have been the only days we have rode more in the morning than in the afternoon would be no exaggeration. Quite a pathetic legacy but my second legacy makes me an even more boring leader. The two days I ruled we came in under budget! I think again these are our only days when this has happened! 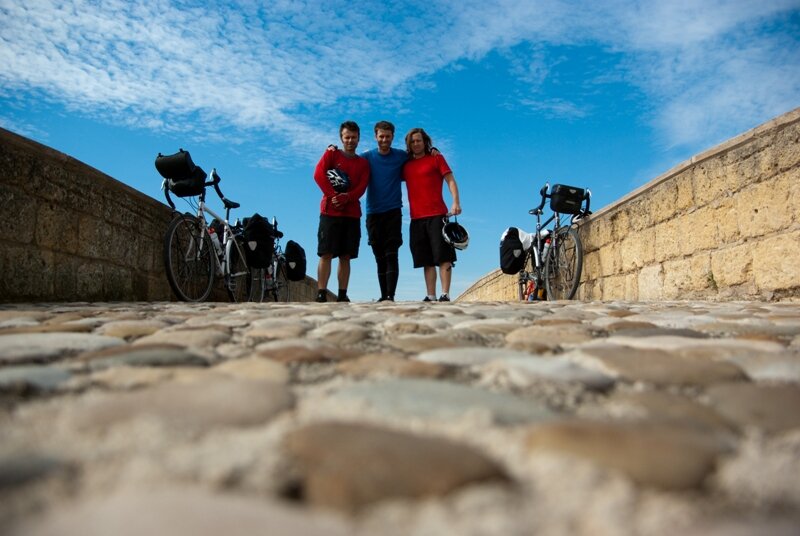 A Roman bridge on the way to Cannae

On my first day we rode to Cannae where Hannibal obliterated a numerically superior Roman army. On the way my tyre literally exploded, causing my back wheel to swim and swerve as I attempted to pull off the road. It wasn't a great omen for my rule and I almost ended up under a white van! (driven by the Italian equivalent of the white van men of London - aggressive, abusive drivers but with style!)

At Cannae Hannibal used a tactic still used and taught today - the double envelopment. Basically as the armies lined up, Hannibal made his centre weak so the Romans forced it back when they attacked. He then defeated the Roman wings and swept around enveloping and slaughtering the Roman soldiers who had forced back his centre. It is estimated that up to 70000 men died - the most killed in a single day of battle ever - or to compare it to another devastating event, a similar number to those killed by the nuclear bomb at Hiroshima. 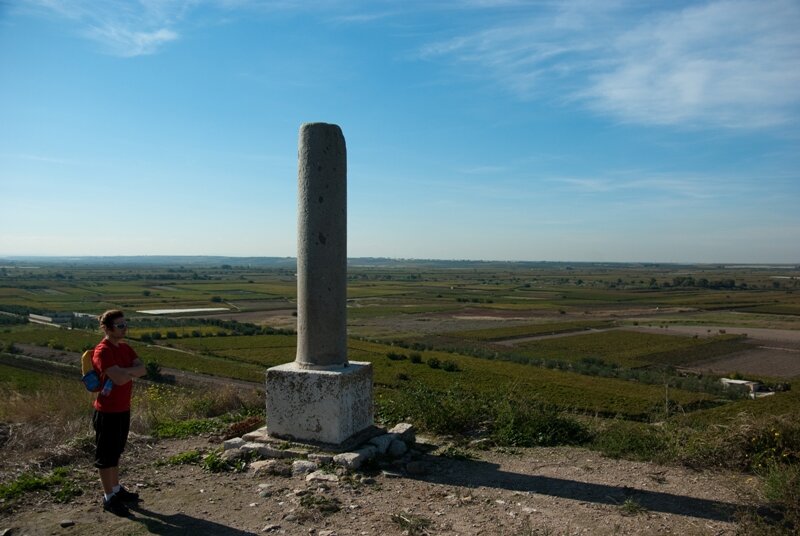 A commemorative column which overlooks the battlefield at Cannae

We arrived at our destination in good time and enjoyed a healthy salad and pasta, perfect and nutritious for our days ahead!

On my second day of rule we rode through our wettest day yet from Altamura to Taranto. We were all soaked through but it was a great ride made even better after a days rest in Altamura (Ben's rule - If you get a choice make him your leader, very relaxing!). We exited the city through varying levels of water and at times felt we were going to be swept away. However time keeping was good and we stopped in Palagiano where the Barista Caesar gave us free coffees so the budget was looking even better!! We then rode on to Taranto all in good time - another efficient day of cycle touring! 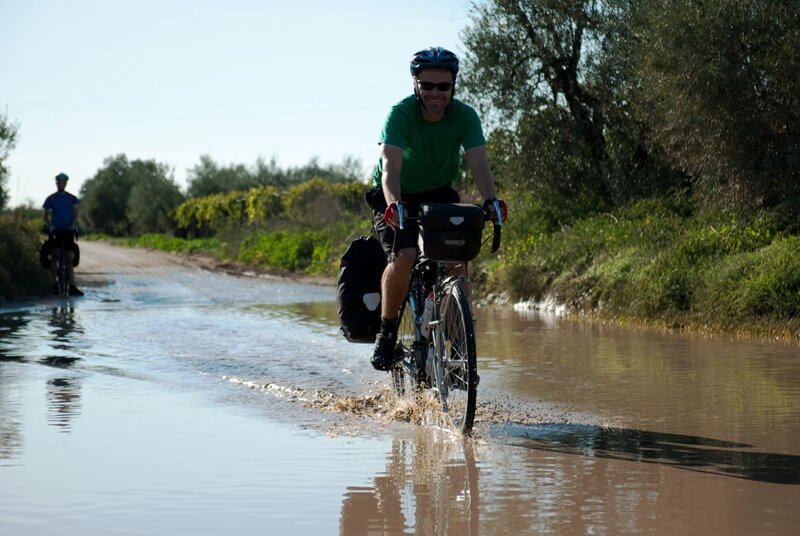 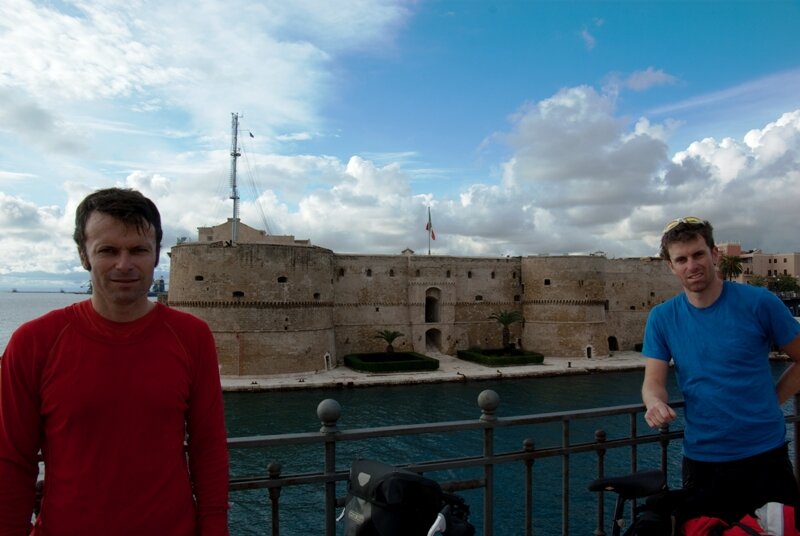 Arrival in Taranto - safe and sound!