Probably the most famous part of Hannibal’s invasion march to Italy was his crossing of the Alps. Getting a huge army and herd of war elephants across the mountains in autumn was a phenomenal feat – even though he did lose a substantial portion of his men. In episode 4 of the series tonight (8:30pm, BBC4, UK only, http://www.bbc.co.uk/iplayer/episode/b00td4n6/On_Hannibals_Trail_Over_the_Alps/) we attempt to find out which way he went over these huge mountains.

One of the crossings we were interested in is called the Col de Clapier. I reached it by riding over the Col de Galibier (a climb often included in the Tour de France) and heading up the Marienne Valley. If Hannibal had used Clapier to get to Italy he probably wouldn’t have come this way but rather from Grenoble. Somewhere near modern day Bramans he would’ve headed south east towards the pass. This valley is initially fairly steep and wooded. A one lane road winds up it now which passes a chalet built in the 1920’s by an English Archaeologist and Hannibal fanatic Mark Antony Lavis-Trafford. He spent much of his life here trying to prove Hannibal used this pass to cross the Alps. His chalet is now a lodge which was closed when we passed – between the summer hiking and winter ski seasons. After some scrambling you get up and out of the forest and into rocky highlands. According to our guide the valley has been fought over for centuries and only since World War II has it been safe for farmers to move in so the area still has a very isolated feel. Five more hours of steady hiking and you get to the top of the pass. It's difficult but not impossibly hard and very easy to imagine Hannibal and his men doing the same thing all those years ago. 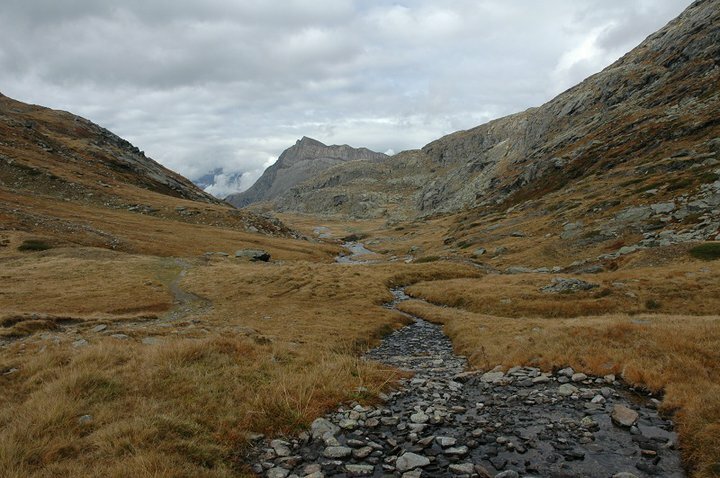 The view up the valley to the Col de Clapier