Wood Brothers are lucky enough to have their touring bikes custom built by Paul Hewitt Cycles in the town of Leyland, north of Manchester.    That's Paul in the blue t-shirt.  With Paul's expert advice, they ended up going a for a Cheviot SE Special Edition touring bike  which has been voted touring bike of the year.  This is a very elegant, sturdy machine.   Wood Brothers drove up from London to collect the bikes, but before handing over the cycles, Paul measured each Wood Brother astride this purpose built measuring rig and then made the final adjustments.  It turns out that Ben is in proportion, but Sam has longish arms and Danny has both long legs and shortish arms.  After handing over three magnificent bikes, being shy and retiring gents, it took a bit of convincing to coerce Paul and his team to pose for photos.  In the end we convinced them, but one mechanic escaped.   The stars in the group photo are, from left to right, Matthew Waters, Paul Hewitt, Sam, Ben, Danny and Gathin Butler.

While Paul and his team were working on the bikes, Wood Brothers did a bit of exploring - after a snack.  Nothing like a friendly greasy spoon! This feast took place in a cafe in the main street of the town of Leyland. Not everyone went for the 'big breakfast' option, but the smile says it all. 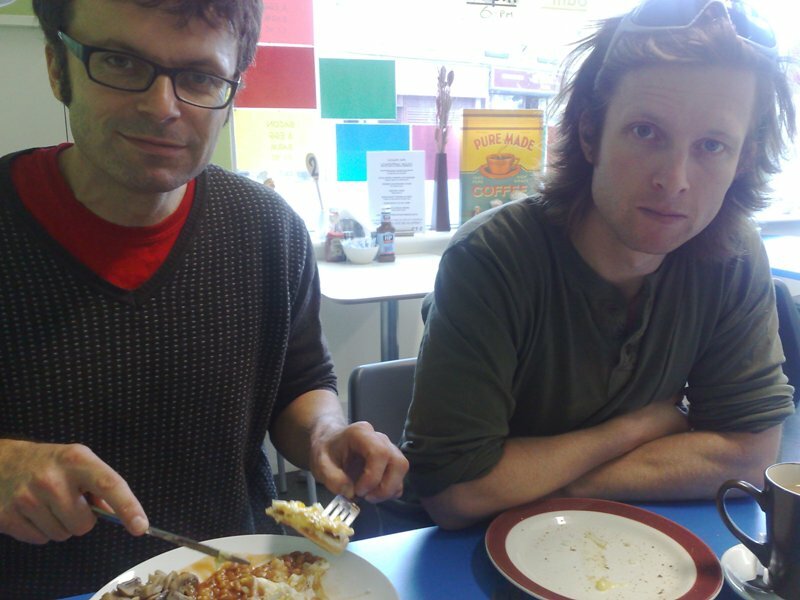 After our light meal we visited Astley Hall, in the neighbouring village of Chorley.  This Elizabethan manor house has fabulous plaster ceilings complete with fully rounded cherubs and impressive furniture dating to the 16th century and, oddly enough, a pair of boots thought to belong to Oliver Cromwell. Definitely worth a visit and set in beautiful grounds and free to get in. 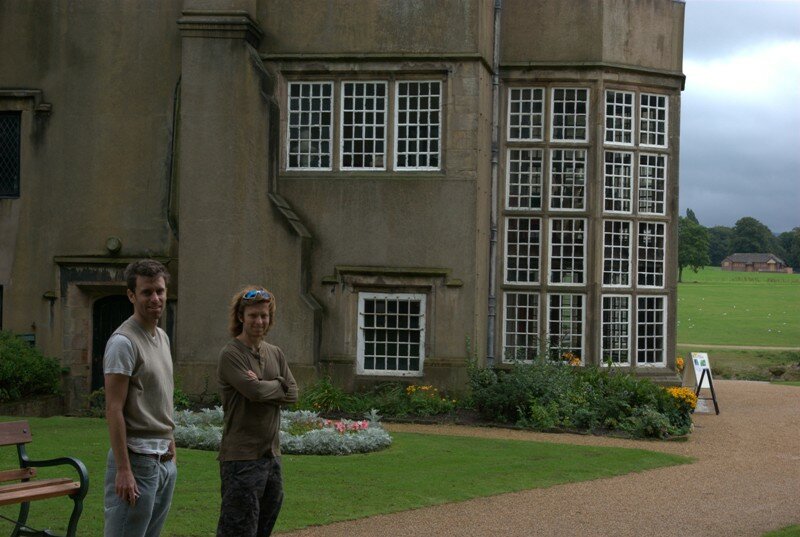