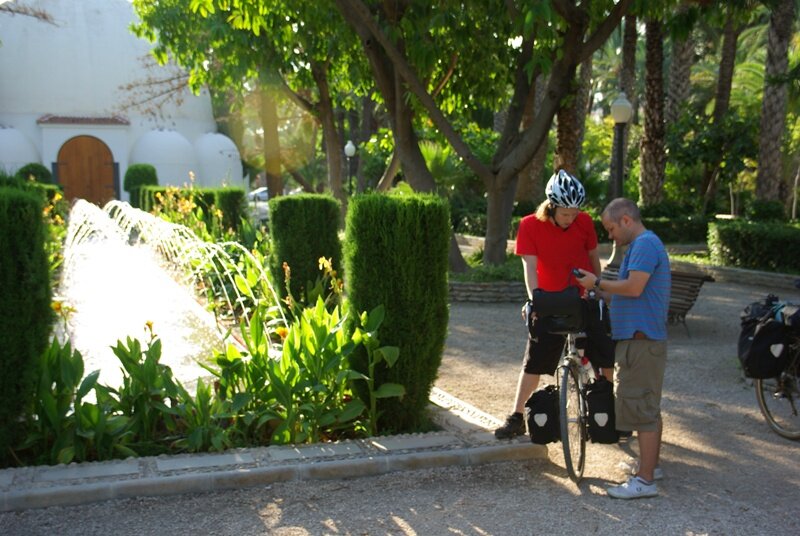 Sam was propositioned in the toilets at Los Llanos campsite just north of Denia a couple of nights ago. We spotted an elderly woman in the toilets and I turned away pretending I wasn’t looking in case she was in the middle of something but just as I did she raised her dress to show Sam her toilet area! Sam was quite shocked but still slept very well that night and we were up early to ride to El Saler just south of Valencia. 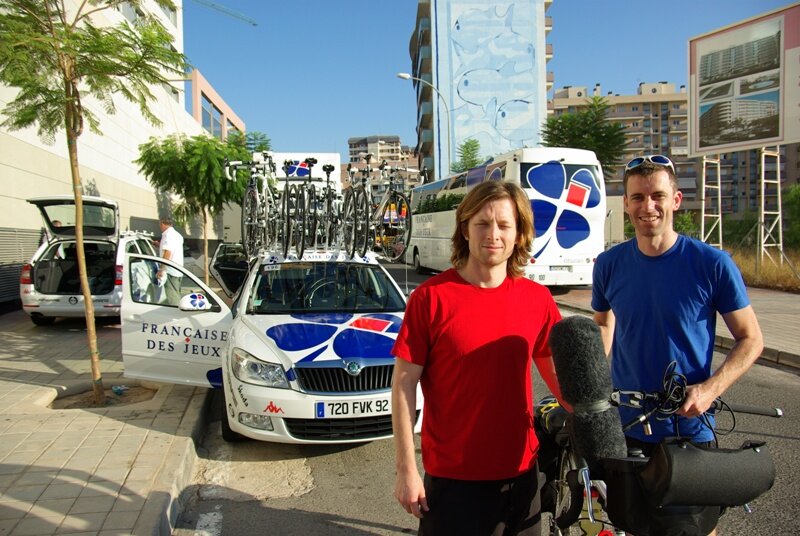 Just after talking with Matthew Lloyd

First stop was breakfast in Oliva in a very local café – a bloke turned up with a Police band on his ankle to buy beers at 8am. We then spent 5 hours looking for an internet café to send off photos we promised to the Costa Brava News. We considered getting on a train at one stage when the frustration got too much but Danny bought us back from the brink of cheating!

We met Robin, John and Jason in the very flat Parc Natural de Albufera just south of Valencia and did heaps of filming riding up and around the rice paddies. They are harvesting at the moment so we were dodging mammoth combine harvesters whilst filming out the back of the van in beautiful evening light. 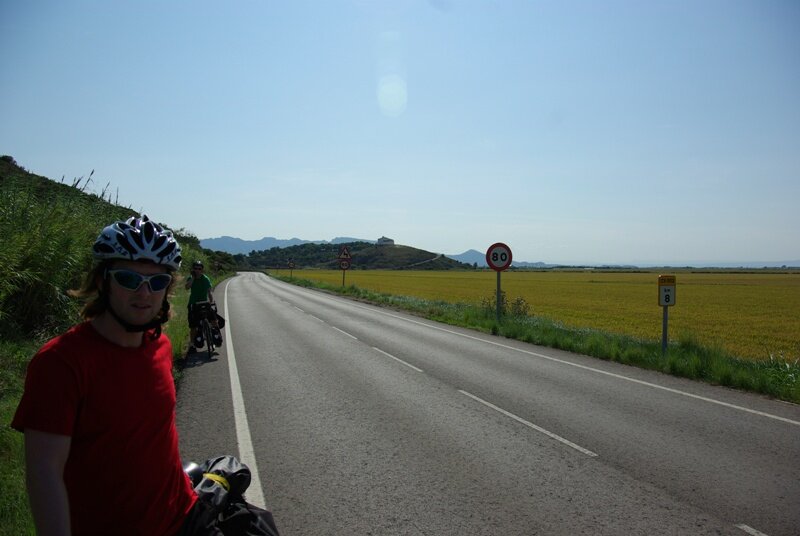 Next morning was the elephants in Valencia’s Bioparc. The elephant keeper Angel was pretty amazing with them – they’d grab him with their trunks and they would obey his commands like dogs. Such friendly, sweet and sad eyes they’ve got – they reminded me of Sam and Isi’s dog Balius. He also told us that African and Indian elephants are equally easy to train – basically as long as they know you are the boss they will do anything for you – including attacking people he thought. Which was interesting as some historians automatically rule out Hannibal having African elephants as they claim they are impossible to train as war elephants. He also told us that they are very nimble animals - anywhere a human can go an elephant can too. So getting them over the more difficult Alpine passes wouldn't have been a problem. 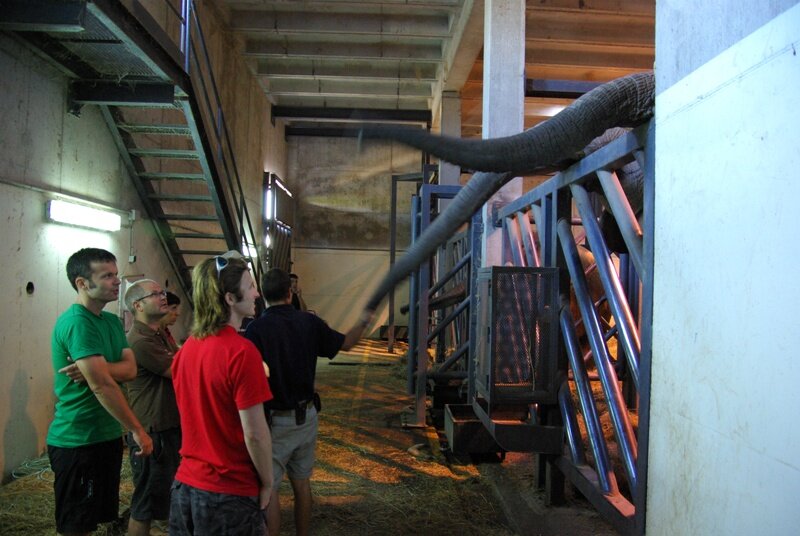 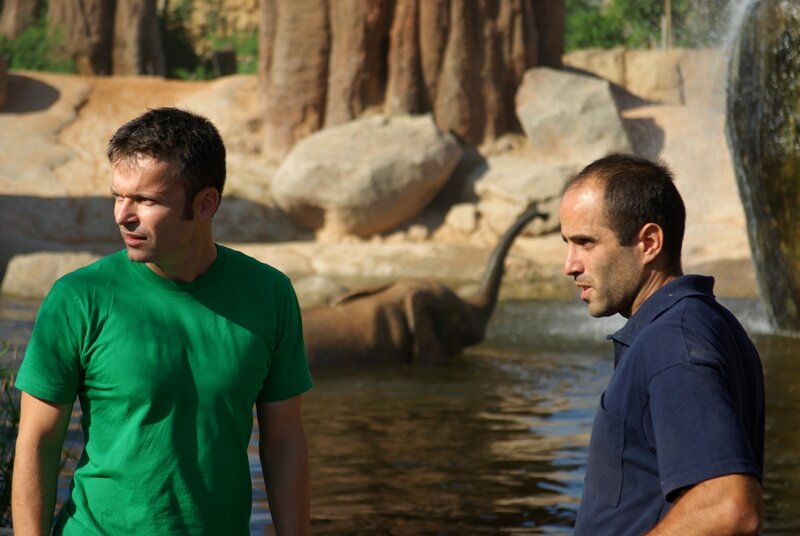 Danny and Angel mid interview when a worker started his grinder

One of John’s friends Mark – an English Valencian resident came along too and recommended a paella restaurant down on the beach. It was actually pretty filth and our waiter kept coughing and hawking all over our food – wiping our plates with his hand etc! Eventually Mark said yeah this place isn’t so good why did you come here?! We left pretty late on a very hot ride north – Sam wasn’t feeling too well – an allergic reaction to biting into some rice husks day before? So we slowly continued up the coast – along a bad, bumpy gravel track, then some highway and then a really nice stretch along a beach promenade to our campsite. All of us completely rooted and the dueno of the campsite was a slightly mad German called Wolfgang who told us Hannibal lost a battle near there in 231BC which is completely wrong.

Danny forgot to recount Jason's best joke - he told Danny that Samoa were swapping the side they drive on in stages. Cars on the first day and trucks and buses the day after. DJ was convinced for about 30 seconds! 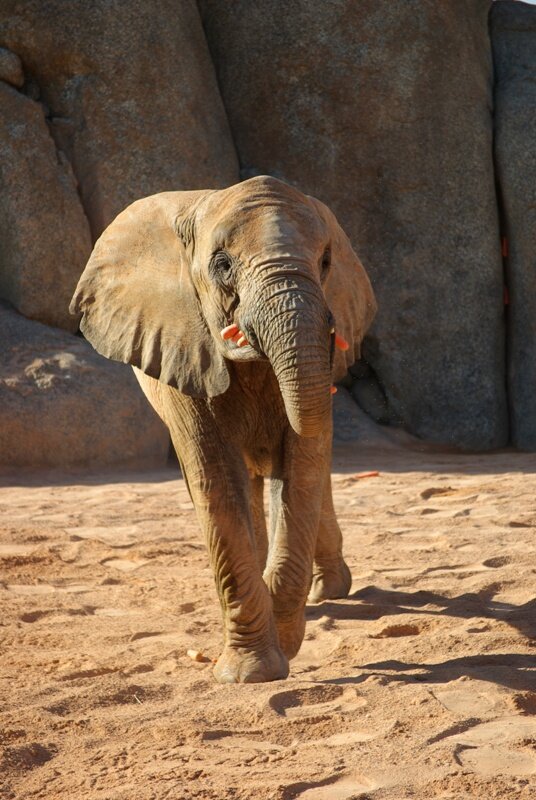 Jumbo eating all the carrots