The Wood Brothers have a soft spot for the occasional zombie movie.  With their friend Justin, Ben and Danny went along to FrightFest 2009 - an annual film festival showcasing the latest horror movies - in London's Leicester Square.  They had the opportunity to see the Norwegian film, Dead Snow, which combined the compelling genres of war movies and zombies into one. In this particular film, Nazi zombies were the focus: 'Eins, Zwei, Die!'  goes the tagline for this gory horror flic.   The director was there to answer questions from the audience after the movie.  Perhaps the most memorable was delivered in a rather philosphical tone and went something like this: "I notice that your movie seems to draw on the older genre of zombie movies like Evil Dead for a lot of its stylistic influences, but rather than the slow moving zombies from these classic 1980s movies, your zombies move particularly quickly, rather like the zombies in 28 Days Later.  So how exactly did you decide between fast moving zombies and slow moving zombies?"  Unfortunately Sam couldn't come along for this treat because he was at a wedding. 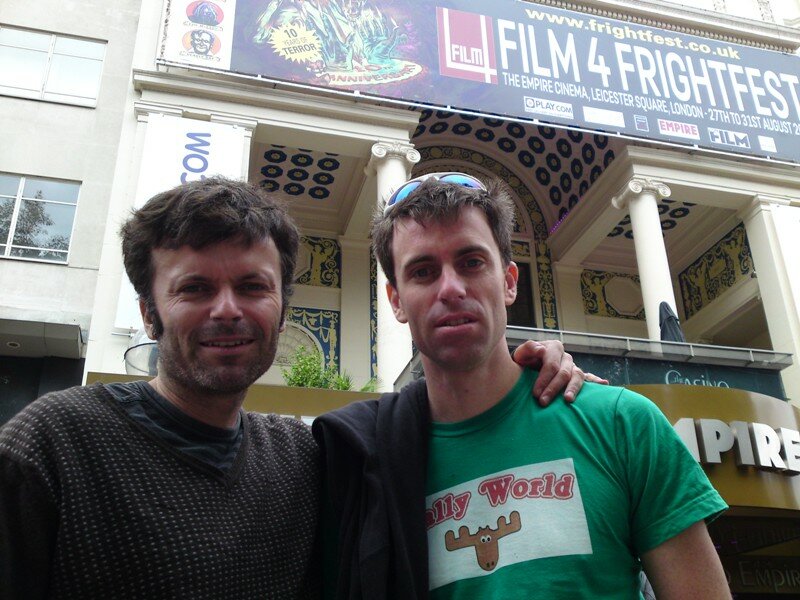