It's never too late to test the equipment. Outside their temporary headquarters (Granny's home in London), for the first time all three Wood Brothers have their bikes laden with panniers for a test run in London traffic.

For old times sake, they return to Sam's former workplace, the British Museum and snap a photo in the forecourt before collecting a few miscelaneous items like bike stands and plain T-shirts, from different locations in London. A pannier did fall off along Kensington High Street, and Danny quickly followed it, to the amusement of a group of people queuing at a bus stop. 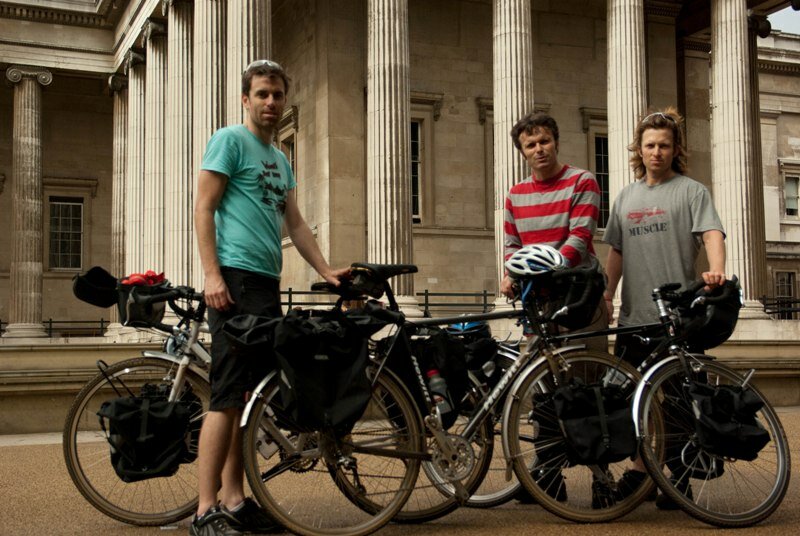 The day before, Ben and Sam tested their tents in Richmond Park.  For some reason, Danny didn't attend this exercise.