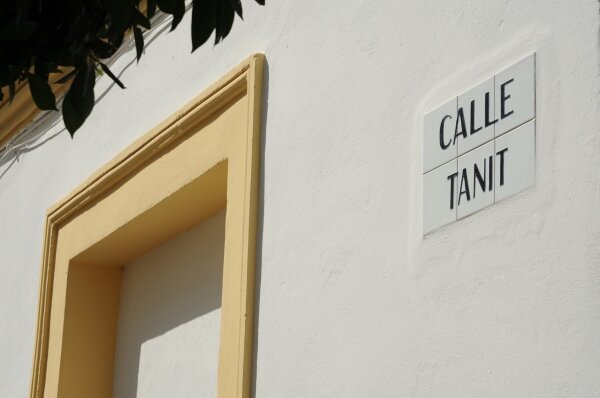 I returned recently from my first ever trip to the island of Ibiza. It has the well-deserved reputation of being filled with these: http://hotchickswithdouchebags.com

But it also has some important Punic and Phoenician ruins. According to the locals the most important Punic/Phoenician necropolis in the World is here – Puig des Molins. But despite this and despite becoming a World Heritage Site in 1999 the site has been closed for the last 16 years! Jordi Fernádez the director describes the lengthy closure in this interview with the local newspaper as a “una cadena de despropósitos” (a chain of nonsense). It seems there has been a combination of dodgy construction firms and political intriguing. The refurbishments started prior to the World Heritage listing were poorly done. The construction company was dodgy and took advantage of the overly complex government contracting system to defraud the museum of its funding. Whilst the construction firm bosses where sailing around the island in 40 metre yachts crewed by Russian swimsuit models the necropolis was left a building site – unsafe and unfinished. But all was not lost when the UNESCO World Heritage listing was awarded. People got excited and some curiously ended up with 40m yachts crewed by Russian models and the museum and necropolis continued to stay closed. 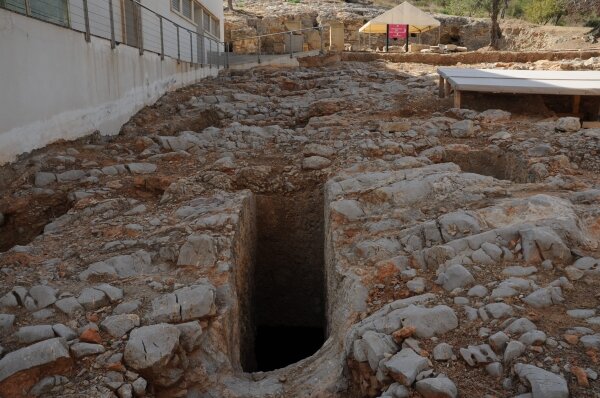 But finally, after 16 long years, it seems that the Puig des Molins necropolis is nearly ready to reopen. When we visited they were adding the finishing touches to the onsite museum and another company has just been awarded a contract for the fit out. They are hoping to be open early next year. 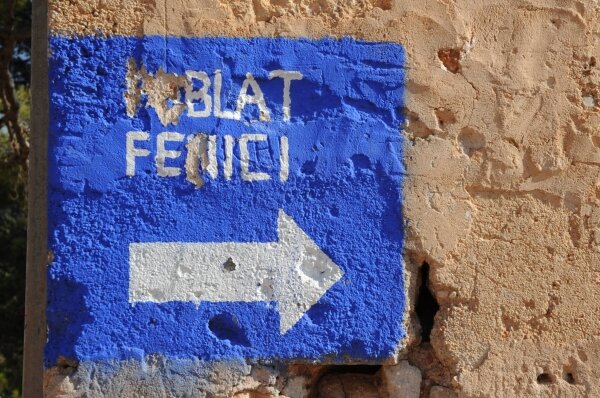 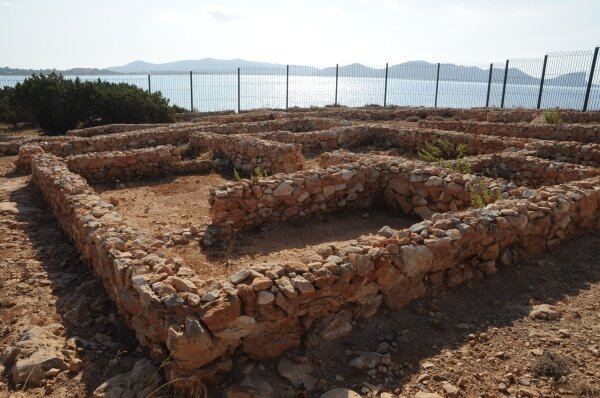 We were also hoping to visit the archaeology museum – renowned as having one of the best collections of Punic and Phoenician artefacts in the world. Unfortunately it is also closed! But only since this time last year – their refurbishment is going according to plan apparently and they will reopen at some stage in 2012. It is in a fantastic spot at the top of Dalt Vila – the old town of Ibiza. Controversially a huge hotel is currently being built next door. Permission for the building seems to have been forced through by slightly questionable council rulings – no doubt more 40m yachts crewed by Russian models were handed out. Most locals are horrified that it got planning permission but no-one was willing or able to stop it - it will ruin the centuries old skyline of Dalt Vila. The one interesting thing is that as the builders were digging an elevator shaft to a new car park they dug through a Roman temple and an earlier Phoenician settlement. Apparently they are going to be preserved and on display inside the new hotel. Local archaeologists haven’t been allowed in to see the state of the ruins but fingers crossed they will be able to help with the preservation of the finds.

Having said all that there are still some great ancient places to visit in Ibiza that are open and accessible. Sa Caleta was a Phoenician settlement (7th Century BCE) before the colonists moved to the more favourable site at Dalt Vila. The ruins are small and behind a fence but easy to find at the end of a lovely promontory – it’s a good place for a swim too. Es Cuieram is a Punic Sanctuary to Melqart and Tanit in use between the 5th and the 2nd Centuries BCE. It is hidden halfway up a mountain in an atmospheric fold of the hillside with stunning views down the valley and out to the ocean. At Ses Paises de Cala d'Hort there is a rural Punic-Roman settlement (5th Century BCE). It consists of some residential and industrial buildings and another necropolis. It also has amazing views over to the famous Isla de Es Vedrá. 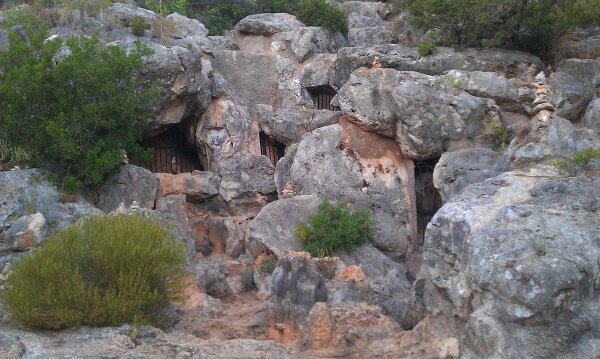 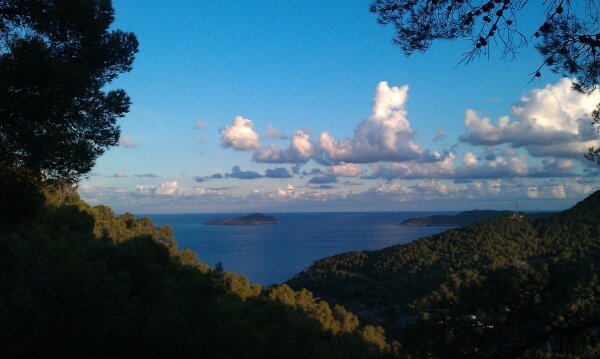 The only other brush with ancient Ibiza we experienced was when we met the local dog breed – the Ca Eivissenc or Ibizan hound. The Phoenicians brought them to the island to hunt rabbits and they are still doing exactly that over two and half thousand years later. We were invited on a walk with 20 of these very friendly dogs. They run like lunatics and caught one rabbit and very politely returned it alive to their owner who released it unharmed into some rocks to hide. Not sure the Phoenicians would’ve done that? 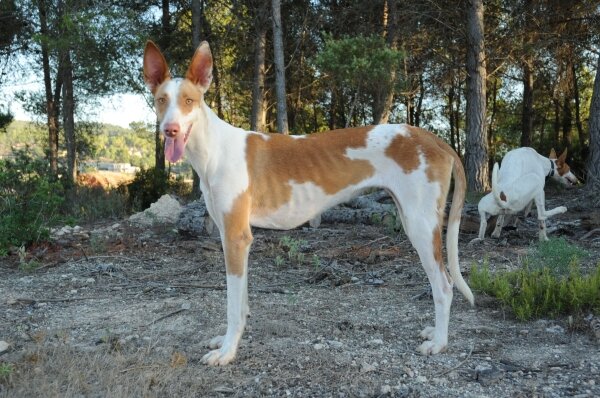 The Ca Eivissenc or Ibizan Hound 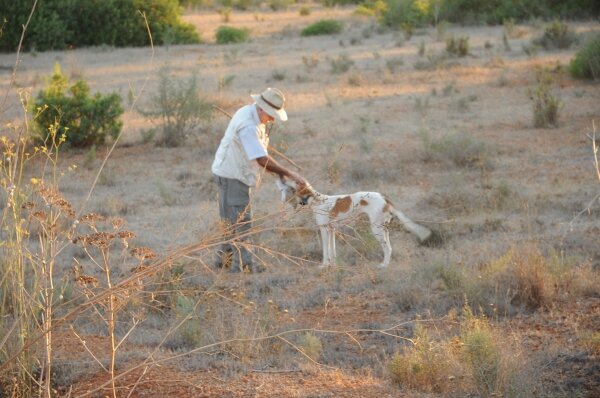 Whilst we were in Ibiza a bouncer hit and tragically killed someone at one of the nightclubs, a heap of Neapolitan mafia were arrested for drug dealing, Paris Hilton was spotted around the island’s trendiest nightclubs, innumerable drunk people needlessly died trying to jump from their 10th floor balcony into the swimming pool. All great reasons to look forward to the re-opening of the Archaeology museum and the necropolis at Puig des Molins. 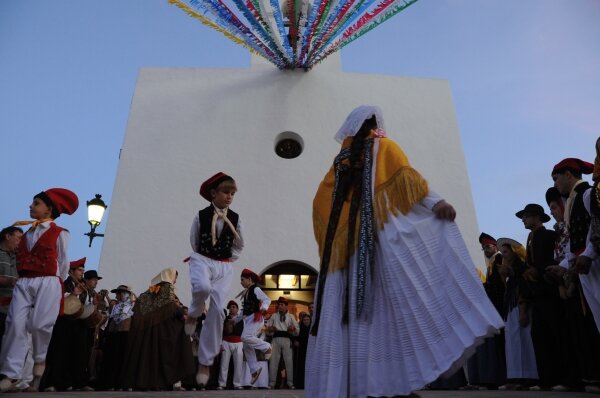 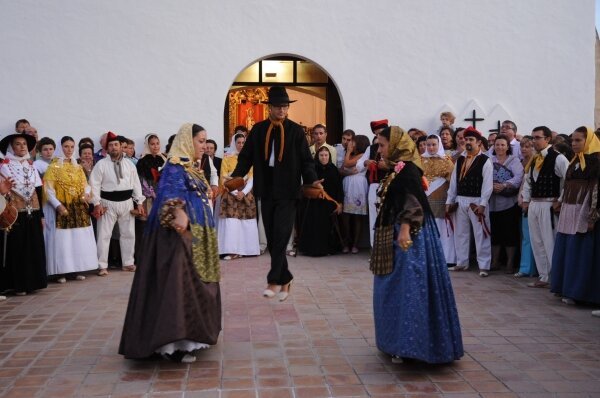